In the 70th much celebrated year of the NHS, Healthwatch is turning its attention to the future, asking the public some big questions about what they want health and care in England to look like.

Every year the Healthwatch network engages with around half a million people, helping them to find services and working hard to understand their experiences of care.

From this wealth of insight and feedback it is very clear that things are already changing rapidly in how health and social care services help us to live our lives:

Using these three themes Healthwatch is launching a national conversation to find out more about what people want and expect from hospitals, GPs and care services in the coming decades.

We want people to look beyond the well documented challenges of the here and now, and help us set some clear goals for the NHS and social care sector to aim for.

With the NHS currently developing a 10 year plan, and a Government Green Paper on social care imminent, never has there been a better time for the nation to have this conversation.

To kick things off, we polled 2,000 people to find out more about what impact people think technology will have on the way the NHS operates in 20 to 30 years time.

We asked people to rank a series of statements where 5 is very likely and 0 is very unlikely. Taking a score of 3-5 as net likely and 0-2 as net unlikely we found that:

Use of technology by the NHS

Yet just because people think technology will be widely used, this doesn’t necessarily mean they are yet comfortable with the idea. For example, two thirds (70% net likely) think the use of robots in surgery will be commonplace but when given a simple choice:

Treatment by a human or robot?

With these changes happening fast, Healthwatch is calling on people to share their thoughts to help shape the debate.

Take a look at the results from the polling with Populus in more detail.

You can help make health and care services better by sharing your experiences and ideas.

The NHS is still here for you when you need urgent health advice
During lockdown you can still get advice for your urgent health concerns.
20 January 2021
News 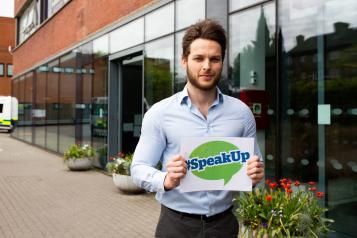 People's real-life experiences of NHS and social care set out in new report to MPs
In his first annual report to Parliament as Chair of Healthwatch, Sir Robert Francis looks beyond health and social care performance statistics to explore how people are experiencing care day-to-day across England.
14 December 2018
News 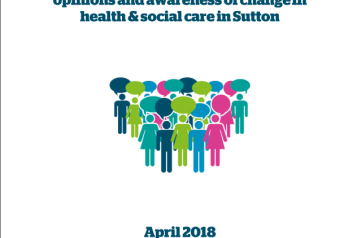