A nursing home in the London borough of Sutton has had its registration cancelled by the Care Quality Commission - effectively closing it down.

The local authority has confirmed all people living there have been relocated from Tordarrach Nursing Home in Hall Road, Wallington, and it is no longer in operation.

The home had a long history of failing to improve. At CQC’s first comprehensive inspection of the service in April 2016 breaches of regulations were identified relating to depriving people of their liberty, good governance and staff training and the service was rated Requires Improvement overall. The service continued to be rated Requires Improvement overall following subsequent inspections in October 2016, June 2017 and October 2017.

Whilst some improvements were made by the provider these were not sustained and led CQC to take enforcement action against the provider in June 2017, issuing Warning Notices for breaches relating to safe care, treatment and good governance.

Again, some improvements were made in response to the Warning Notices, during CQC’s last inspection in February 2018, inspectors found that the service had deteriorated with further breaches of regulations. The inspection report was published in April 2018 and service rated Inadequate overall and a supplementary report confirming the enforcement action we have taken to close the home will be published on CQC’s website. Please note that publication has been delayed because of legal processes.

At the February inspection, inspectors found the provider had not maintained systems to reduce risks to people relating to falls from height and water hygiene and had failed to maintain two broken radiators in the communal lounge which made parts of the lounge cold.

Residents did not always receive kind, compassionate, person-centred care. Staff did not engage well with people using the service and some staff required support to improve their communication skills. People were not always treated with dignity and respect and risks relating to a person's care were not effectively managed; inspectors observed a person experience pain when staff helped them to reposition their legs.

The provider did not have effective recruitment processes in place and did not always obtain evidence that staff had the right to work in the UK. CQC reported concerns about one member of staff to UK Visas and Immigration.

Inspectors found that there was a lack of meaningful activities to stimulate and occupy residents, with a reliance on the television to entertain people and limited choice and poor quality of food with lunchtime meals being shop bought, frozen food which was reheated on the day of CQC’s inspection.

“The standard of care provided at Tordarrach Nursing Home fell way below the standard necessary to provide the quality of care required. The fact that the service could not sustain improvements at the service in response to our concerns led us to use our enforcement powers to cancel the home’s registration.”

Looking for information about health and care?

Find advice and information to help you stay well and make decisions about your health and social care support. 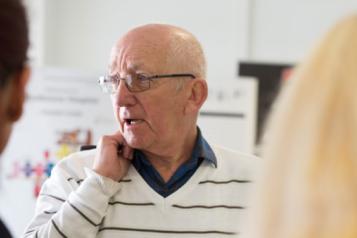